Share a memory
Obituary & Services
Tribute Wall
Read more about the life story of Richard and share your memory.

Richard Lyle Stimpson, 79, of Rupert passed away Monday, November 21, 2022.  He was born on October 14, 1943 in Paul, Idaho to Orville and Jean Stimpson.  He graduated from Minico High School in 1962, in that year he was the state wrestling champion in the106 weight class. He also wrestled at Ricks College for 1 year. Soon after marrying his sweetheart Jeannie, they moved to Glenns Ferry, Idaho where he worked as the irrigation manager for Farm Development Corporation for 25 years.  He and Jeannie purchased and developed 360 acres of land on Grindstone near Glenns Ferry.  In 1981 he purchased and farmed 40 acres of land east of Glenn's Ferry.  Richard served on the Glenns Ferry school board for 12 years. He found great joy in being engaged and supporting athletic activities, particularly wrestling.  In 1989 they moved to Rupert and bought a partnership in North Side welding where he enjoyed using his welding skills to serve the farmers of the Mini-Cassia area.

Richard loved spending time outdoors, with his friends and family. His favorite was the annual Stimpson Reunion in the Sawtooth mountains. He enjoyed fishing, hunting, snowmobiling, rafting, ATV riding, and was always up for any new adventure.

He loved his Lord and Savior Jesus Christ, and he showed that love through service to friends, neighbors, and strangers. As a member of the Church of Jesus Christ of Latter-Day Saints, he served willingly and faithfully.  He believed that individuals could do hard things through faith and commitment. He demonstrated that by enduring many difficult hardships himself. The legacy he leaves of service and love to others, his family hopes will be an example to his community.

He is survived by his wife Jeannie Stimpson and daughters, Tanya (Russ) Koyle, Kristy (Jon) Hanson, Malisa(Brian) Searle, and Rick (Amber) Stimpson,13 grandchildren and 17 great-grandchildren.  He was preceded in death by his parents, brothers Reid Stimpson and Lonnie Stimpson, sister Becky Frehner, and his grandson Chandler Hanson.

Funeral services will be held 11:00 a.m. Saturday, November 26, 2022 at the Rupert Church of Jesus Christ Rupert West Stake Center. Viewing for family and friends will also be held from 5-7:00 p.m. Friday, November 25, 2022 at the Stake Center 26 South 100 West Rupert, ID and for one hour prior to the services at the church. Services will conclude with burial in the Rupert Cemetery under the direction of Joel Heward Hansen Mortuary.

To send flowers to the family or plant a tree in memory of Richard Lyle Stimpson, please visit our floral store. 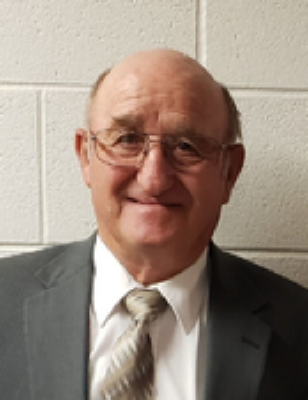