Share a memory
Obituary & Services
Tribute Wall
Read more about the life story of Roger and share your memory.

Roger Juntunen was born on February 29th, 1944 in Rolla, North Dakota, to E.T. and Gweneath Juntunen. As a leap-year baby, he started out special and stayed that way.
Roger’s lifelong love of music and outdoor adventures began early. He has many stories of hunting, camping, and fishing deep in the northern wilds of Manitoba with his father and brother Chuck. At Rolla High School, he earned superior rank in state singing and trombone competitions, and when he later attended the University of North Dakota, he was a member of the Fighting Sioux Phi Delt Hockey Pep Band and the university concert band. In college, he explored the Bob Marshall Wilderness in Montana while working as a wildland firefighter.

After graduation, Roger became a First Lieutenant in the army and was stationed in Germany during the Cold War, where he regularly won marksmanship competitions. Another title he bore: Cold War Warrior, as he and his brother Chuck dubbed themselves. He completed a rigorous process to earn a German hunting license, and even became a Jägermeister (“hunt master”), a rare accomplishment for an American.

After his time in Germany, Roger returned to Rolla where he ran the Fairway Grocery Store. It was during this time that he married Cheryl (Richter) Juntunen. They spent many cold mornings in duck blinds together, and eventually, their daughter Lorelei was born.

The family relocated to Idaho, where his son Jakob was born. There, Roger worked in retail, but his true passions remained music and the outdoors. Roger was a founding member of the Canyon Cruisers Canoe Club, which successfully preserved parts of the Snake River Canyon for non-motorized use. Canoeing was one of his favorite activities. Roger successfully descended all canoe-navigable rivers in Idaho and Montana, including the full length of the Yellowstone River. He also played trombone in the Sons of Knute Royal Symphonic Marching Band; their shenanigans during the annual Saint Patrick’s Day parade made them a crowd favorite. He and Cheryl also enjoyed cruising in their C-Dory in the San Juans Islands, ocean fishing, and entertaining new friends at marinas with trombone renditions of Taps and “Oh Canada!”.

Roger was an excellent photographer and won many blue ribbons from the Minidoka County Fair for his art. He never used a digital camera. Roger was a life-long learner and student of history who enjoyed writing short stories and poetry. He read extensively, mostly non-fiction. He learned many common phrases in Michif (an Ojibwe dialect), Finnish, German, and Spanish for the purpose of talking with people, one of his favorite pastimes. He was a long-time member at the Elks Club and the American Legion Club. He was active in the Rupert United Methodist Church where he sang in the choir, volunteered extensively at the Open Hearts food pantry, and especially enjoyed coffee hour.

Roger knew everyone and talked to everyone. He was open minded, friendly, intelligent and deeply kind. His final day was spent volunteering at the Elks, singing Morning is Broken on a friend’s voicemail, playing his trombone, reciting the poem Flanders Field for a Veteran’s Day event in the Rupert Square, and duck hunting (he got the duck!).

He is survived by his brother Chuck Juntunen, wife Cheryl Juntunen, son Jakob Juntunen, daughter Lorelei Juntunen and grandchildren Aili Deibert, Will Deibert and Soren Juntunen. His celebration of life will be held on December 3rd, at 11 a.m., at the Rupert United Methodist Church with arrangements handled by Hansen Mortuary. A second service will be held in Rolla, North Dakota, this summer, date to be determined. If you would like to make a donation in his honor, please consider donating to Idaho Rivers United, or Bravo Youth Orchestras, in Portland, Oregon where all three of his grandchildren currently play music.

In keeping with Roger’s well-honed story-telling skills, most of the facts included in this recounting of his life are mostly true. 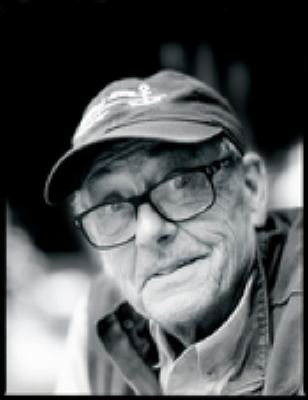